"The Best DocuSeries of Sundance" - Indiewire

I cobbled together over 4,000 things to film – decades of my own drawings, paintings and sculptures, crapola I’ve held onto out of guilt or love, and hundreds of items I sourced on eBay. They’re woven throughout the work to represent people, while examining the faultiness of class, memory and making movies. These objects were filmed like memories, narratively but not scientifically, rotating on turntables and moving across conveyor belts. Some shots linger while others are fleeting. Technically, these things may be worthless – say, a plastic treasure chest earned by saving up cereal Box Tops – but, perhaps they are priceless; touchstones to an event, a person, or a world. (read more here) 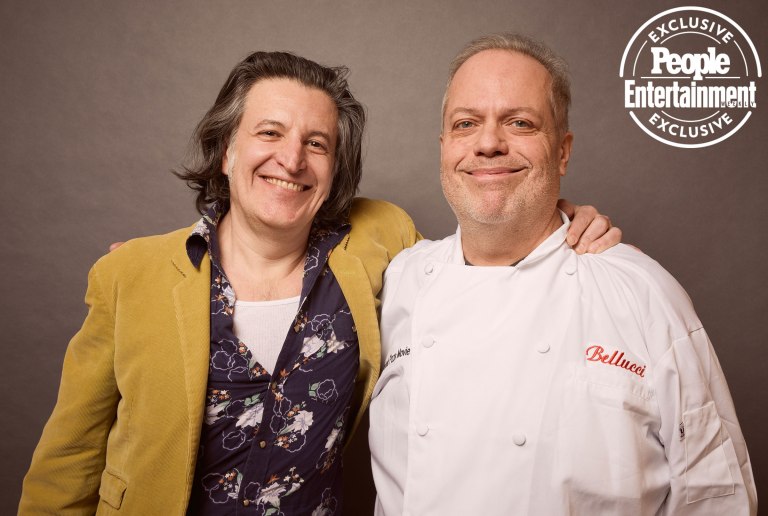 14 Films Not to Miss at the 2020 Sundance Film Festival

Untitled Pizza Movie: Diving into the dumpster of his own past and surfacing with ‘90s-shot footage in which he and best friend Leeds Atkinson play, pre-Bourdain, low-life gourmands, scouring Gotham for the perfect pizza slice, documentary filmmaker David Shapiro (Keep the River on the Right, Missing Persons) has made an zippily-paced, charmingly unpredictable, and rewardingly ruminative independent series about a disappearing city, mortality and, yes, pizza. Mixing Shapiro’s own archival material, with new footage shot across three continents, Shapiro asks, “How do we remember someone in a disposable world?” The purely independent episodic series — Shapiro is showing at Sundance the half-hour episodes one and two and the one-hour episode three — is still something of an anomaly in the indie world, and now Untitled Pizza Movie is here to blast open its pathways of possibility. Don’t miss this. — Scott Macaulay (read more here)

“You Might Think it’s a Fun Work About Pizza, But It’s Really a Meditation on Mortality and Gentrification”: Director David Shapiro on his Sundance Premiering Doc Series, Untitled Pizza Movie

For a series that’s about mining the past, Untitled Pizza Movie is relentlessly forward-moving. The pace is brisk as Shapiro continually cuts to the film’s other main visual device: shots of a whole panoply of objects, lensed on turntables and conveyer belts, pulled from that same storage unit or else sourced after-the-fact on eBay. (“Call me sentimental,” Shapiro says. “I prefer archvist.”) The music cues are infectious — Captain Beefheart’s “Zig Zag Wanderer” is a thematically apt needle drop, and a punk accordion number scores each episode’s footnotes: quick, mini-docs on everything from schnauzers to the giant office tower in the Sean Connery-starring Entrapment.

I spoke with Shapiro over dim sum a few days before Sundance, learning how this DIY series came to be, how its youthful originating footage led to such an unexpectedly resonant work about loss, friendship, and what he learned from Agnes Varda. — Scott Macaulay (read more here)